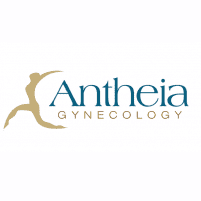 If medicine and hormonal treatments don’t help with painful heavy period symptoms, your OB/GYN may encourage endometrial ablation, especially if you want to avoid a hysterectomy. At Antheia Gynecology in East Windsor, New Jersey, the female-led team performs endometrial ablation to women suffering from heavy menstrual bleeding. The team offers the NovaSure® in-office procedure, which provides fast and easy relief. If you are interested in discussing this abnormal bleeding treatment option, reach out to the experienced OB/GYN team by phone or booking an appointment online today.

What is endometrial ablation?

Endometrial ablation is a procedure that removes the lining of the uterus, or endometrium. In most cases, this stops your period completely or makes it very light.

Antheia Gynecology offers the NovaSure ablation procedure that uses radiofrequency energy. It’s performed in the office, doesn’t require incisions, hormones, or general anesthesia, and allows you to return to your daily activities within 24 hours. It is a great alternative to hysterectomy for women with abnormal bleeding.

Endometrial ablation is also available with the balloon technique that delivers a heated fluid inside a balloon in the uterus to destroy the lining.

Is endometrial ablation right for me?

Your OB/GYN may encourage the endometrial ablation procedure if other methods like pain medication and hormonal treatments haven’t been successful in helping your heavy bleeding, and you’d like to avoid a hysterectomy.

If you are still experiencing very heavy menstrual bleeding, cycles that last longer than eight days, anemia, or extreme fatigue and headaches resulting from extensive blood loss, endometrial ablation may be right for you.

You may also explore endometrial ablation if you have endometriosis and it causes abnormal bleeding and pain during periods.

Be sure to tell your OB/GYN if you are postmenopausal, have uterus abnormalities, any form of a pelvic infection, intrauterine device (IUD), or cancer of the uterus. Endometrial ablation is not recommended for women with these issues.

Antheia Gynecology also encourages patients to use a permanent birth control method before the procedure. If you do get pregnant, you are at high risk for an ectopic, tubal, or uterine pregnancy.

What happens during NovaSure endometrial ablation?

Before starting the NovaSure procedure, your OB/GYN performs a hysteroscopy and dilation and curettage (D&C), where a small instrument or medication opens your cervix and your uterus lining is inspected.

Antheia Gynecology has a board-certified anesthesiologist available as well as oral medications like valium and IV medications during the NovaSure procedure. These can help you feel relaxed and help with any cramping.

Your OB/GYN then uses the NovaSure device to permanently remove the cells that form a lining in your uterus. This normally lasts about five minutes, and most women don’t report pain during the procedure.

The treatment stops the re-growth of the uterus lining, which normally sheds during a period before re-growing. This may stop your period permanently.

After the NovaSure ablation procedure, you may experience a few hours of cramping and are encouraged to take your prescribed pain medication to help you stay comfortable and sleep. You can return to work the next day after your procedure, but avoid sex for at least a month to avoid an infection in your uterus.

While your uterine lining heals for the following six weeks, you may experience bloody or watery vaginal discharge. Be sure to discuss the results of the procedure with your OB/GYN, and if you’re not seeing improvements, you can try another ablation or consider hormonal therapy or a hysterectomy.

Ninety to 98% of women report successful results after endometrial ablation, 60-70% of women will have very little, if any, menstrual bleeding after the procedure, and 20-30% women report experiencing improved, lighter periods.

If you think NovaSure may be the right treatment option for you, reach out to Antheia Gynecology today to schedule an appointment with an experienced OB/GYN.